skip to main | skip to sidebar

Birthday month.... "a partridge in a pear tree"

Well, at my house Karen, my wife, started a tradition of celebrating "birthday month...." this means that when your birthday falls in that month... we celebrate it the whole month...  No, not a party or a gift every day...(that would be nice), but besides just calling it "your birthday month," the celebrant gets to make special choices, get extra privileges and common affirmations and celebrating moments...  So, I got to thinking... Jesus' birthday should be a birthday month celebration too..., well it has been for a long time, but as you know, many extra things have been added that may have just taken away the meaning intended...  Traditionally, Christians begin four Sundays before Christmas with the Advent.  The excitement builds each week, and then on December 25th, Christmas is over, stopping abruptly and people go back to living their normal lives.  That just does not sit right with me... there are more days in December.  This crazy thought I was having was further expanded and supported when I saw a drama where one of the "Wise men" shared that the manger scenes really should put the Magi on the other side of the room rather than in the manger scene itself..., reminding me that they were not at the stable, but arrived years later after a long journey... .so how can I meaningfully extend Christmas a few weeks at least..?

So I began thinking about this, doing a little research... I ran across a very familiar song that has historical meaning most may not be aware of.  "The Twelve Days of Christmas"  is actually a celebration that begins on December 25 and ends January 6 with the feast of the Epiphany (which is the celebration of the revealing of Christ to the gentiles in the persons of the Magi).  This may be a way to reflect on the incarnation/birth of Christ at Christmas, and then how this should impact our lives.

Historically, in the fifth century church, in the Catholic tradition, there were three parts of the ministry that were practiced right after Christmas day.  December 26 the feast of St. Stephen (the deacon) (a day to give leftovers to the poor), December 27 was the feast of St. John (a day to celebrate the relationship we now have with Christ). and December 28 the Feast of the Holy Innocents (a day to remember all who suffer for their faith, beginning with the children murdered by Herod, victims of abortion, war, martyred for their faith, etc).   I discovered a few other traditions woven into these days following Christmas... something to think about.

Granted, the medieval church frowned on many of these traditional practice's and the reformers finished the job of suppressing them.. as maybe their importance did become overtly systematic... but a devotional, reflective reminder of what they celebrate makes for good contemplation.

In addition, interestingly, the song itself, at its origin, was to preserve many of the truths of scripture with children during a time of persecution, also has symbolic meaning.... The "True Love" referred to in the song, while singers believe this to be a smitten boy or girl, is really Jesus Christ, because truly love was born on Christmas Day.  The partridge in the pear tree also refers to Him, as a partridge by characteristic, often sacrifices itself or feign injury, drawing away a prey to protect its young.  Furthermore, two turtle doves were the Old and New Testament, Three French hens stood for faith, hope and love. Four calling birds were the four gospels Matthew, Mark, Luke and John.  The five golden rings represented the first five books of the Old Testament which describes man's fall into sin and the great love of God in sending a Savior.  The six geese a laying stood for the six days of creation. Seven swans a swimming represented the seven-fold gifts of ministry: preaching, serving, teaching, exhortation, giving, leadership and mercy. The eight maids a-milking were the eight beatitudes. Nine ladies dancing were the nine gifts of the spirit, ten lords a-leaping were the Ten Commandments.  The eleven pipers piping stood for the eleven faithful Apostles and the twelve drummers drumming symbolized the twelve points of the Apostles Creed.

We always say the spirit of Christmas is a year round practice... But I think we can easily declare that December is Jesus' birthday month... and... I am going to try to extend the celebration in my own heart beyond Christmas Day a few weeks.... and yes, more enthusiastically into my every day life beyond that.
Posted by Pastor Kent at 11:50 PM No comments:

You gotta climb to get the view!

In my devotion this morning I was encouraged to not be reluctant to be obedient when God calls me to boldly lead. In Genesis 22:2, one of the most challenging assignments came to Abraham, and there was an urgency in the assignment.  Assessment is sometimes not the path.  Our own assessment of the outcome is often not what God wants from us. God’s command sometimes is, “Take now,” not later. It is incredible how we debate! We know something is right, but we try to find excuses for not doing it immediately. If we are to climb to the height God reveals, it can never be done later— it must be done now. And the sacrifice must be worked through our will before we actually perform it.

“So Abraham rose early in the morning…and went to the place of which God had told him” (Genesis 22:3). Oh, the wonderful simplicity of Abraham! When God spoke, he did not “confer with flesh and blood” (Galatians 1:16). Beware when you want to “confer with flesh and blood” or even your own thoughts, insights, or understandings— anything that is not based on your personal relationship with God. These are all things that compete with and hinder obedience to God.

Abraham did not choose what the sacrifice would be. Always guard against self-chosen service for God. Self-sacrifice may be a disease that impairs your service. If God has made your cup sweet, drink it with grace; or even if He has made it bitter, drink it in communion with Him. If the providential will of God means a hard and difficult time for you, go through it. But never decide the place of your own martyrdom, as if to say, “I will only go to there, but no farther.” God chose the test for Abraham, and Abraham neither delayed nor protested, but steadily obeyed. If you are not living in touch with God, it is easy to blame Him or pass judgment on Him. You must go through the trial before you have any right to pronounce a verdict, because by going through the trial you learn to know God better. God is working in us to reach His highest goals until His purpose and our purpose become one.

Following His assignment may be difficult, but we must realize that this is where God does His greatest work!  I want to sense His pleasure, not approval of others,  not my own.  The climb to great heights are most often up hill and difficult.... Few find the courage to experience the joy in that journey. Don't want to miss it. Climb on! 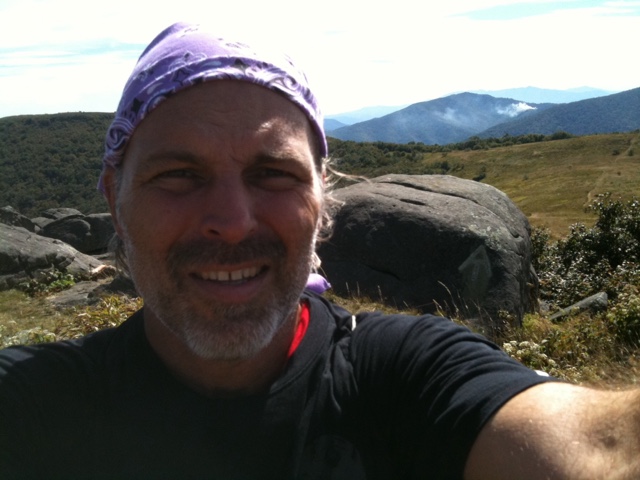 Posted by Pastor Kent at 6:36 AM No comments:

Write your own Headline this year...

I heard a recent sermon that challenged me to look at the perspective of what I am leading with.  How are you doing?... sometimes we respond with "I'm tired,"  "Fine," "OK....."  Do I really want to lead with that?  Is that really the "story" of my life?

Starting 2016 in Genesis again, Joseph's story jumped out at me... He had some back to back bad days.... his jealous brothers plotted to kill him, sold him into slavery, falsely accused of rape, wrongly imprisoned, promised favor and forgotten.  In all that, Joseph's head line was... "God sent me here to save lives!"    Wow, now that's a headline!  Joseph meets his brothers after all these terrible things.... (Genesis 45:4-5  "you sold me"  "God Sent me here to save lives"... "God meant this for good" ...these headlines are true, but totally different perspectives.

In journalism, the headline does not often fairly represent the story.  Did you know that the writer does not usually write the head line? The editor does.  He goes for the sensational words that will get the reader to buy the paper, read the story, click the link, etc.  But the reality is, often, we don't read the story, we only read the headline and assume the story is represented in its entirety by the headline.  Therefore, we do not really know the true story.  I wonder, is that what people often see our life to be... by what we lead with... our headline?

We are often not the author of our story.  Things happen to us sometimes that are not in our control.  We do however, choose who sits at the editors desk... Satan would love to take that job and represent our story with his plan, or hide the real story of what God is doing in my life for the world to see.  He wants to use our limitations to shut us down in all areas.  He wants to put big bold letters on our life that will mislead us from our created purpose.  As a pastor, I often hear people's full stories, but the editor of their story is not honoring God.  ....I don't have friends, "Nobody will ever love me," I don't do well in school, "I am no good," my parents are divorced, "I will never be a good dad," my kids struggle, "I am a bad parent."  These circumstances of life may certainly be true and are often out of our control... but the headline is yours to broadcast.

What if we showed up each day like we have been sent... deployed for action.    "Go to all the world, make disciples, baptizing them in the name of the Father....  and I will be with you always!"  What is your headline...  What about... "I have an important assignment,"  "building friendship bridges," "I am discipling my children," " I am discovering my long range assignment through my present trials,"  "I had a full slate of opportunities today," "I'm thriving," "I'm in love," "I win," "I'm grateful," "I have been sent here," this year, mine is going to be "I'm on a Victorious journey!"

Here is where Pastor Kent blogs about life as it happens. You are welcome to comment, or connect with Pastor Kent.